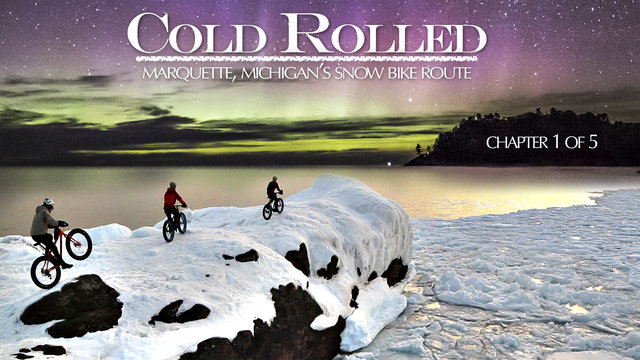 Chapter One of the five-part short film Cold Rolled: Marquette Michigan’s Snow Bike Route, an action documentary from Clear & Cold Cinema, Salsa Cycles and TravelMarquetteMichigan.com that will explore the history and progression of winter cycling culture in the adventure-loving Lake Superior harbor town of Marquette, Michigan.

Chapter One features riding along an ungroomed section of trail that is often packed by foot traffic from Marquette’s active population. This section of trail follows the Dead River and passes under a leaky water pipe that forms curtains of ice in the winter months.